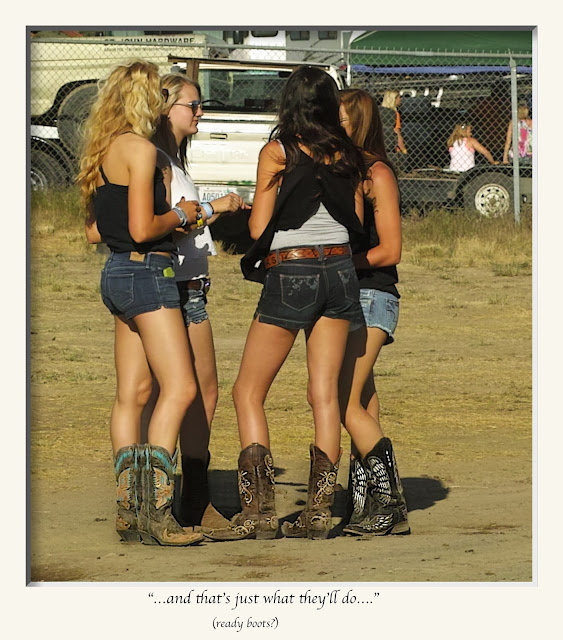 Like many towns, Lind, WA holds a festival every year.  Lind Days is pure Americana.  A small farming community (75 miles west of Colfax for you Palouse fans), their summer festival features a parade, craft exhibits, a community picnic and races at the fairgrounds.  The food at the picnic is home made. A boy was selling slices of his mom's apple pie for $3.00...and it was good.

The fairground activities are truck races, followed by a Combine Demolition Derby.  The trucks are the types found on a working farm and their races feature a lot of "interaction" between them.  In the last race a young woman was in the pole position and her husband was driving the truck to her right.  At the start she hesitated a beat giving him half a length and at the first turn she steered right rather than left driving him right off the track.  He managed to get back into the race and she took him out again but this time he wound up on the cement divider and was done.

Combines are large grain harvesting devices.  The Palouse WA is a major wheat producing area so combines are prevalent. Six combines enter together and proceed to demolish one another 'till 2 are left.    The disabled are towed back to the pits where their crews somehow put them back together and in an hour or so they do battle yet again. I followed one combine back to the pits, met the "boss" and watched his crew work.  Quite remarkable really.  One person cuts damaged steel out of the assembly while another judges what a replacement part needs to look like and cuts a brace to match.  Three arc welders install the replacement steel.  Meanwhile engine mechanics make repairs, adjustments and improvements to the engine & drive train.  In my opinion the NASCAR crews have nothing on these guys.

These images are from an iPhone and also from a Sigma DP3M. 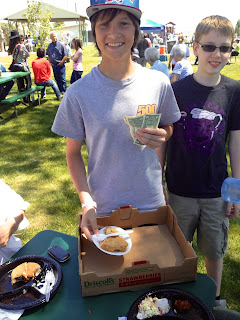 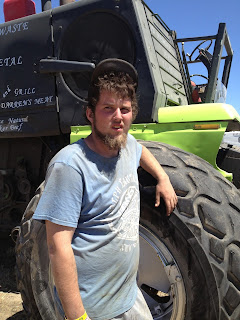 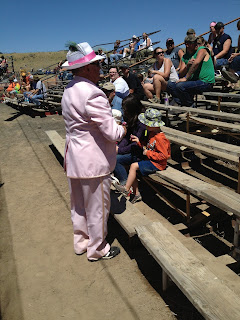 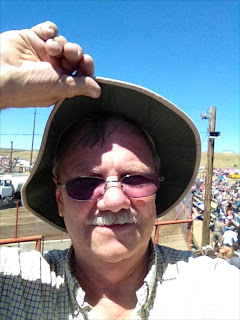 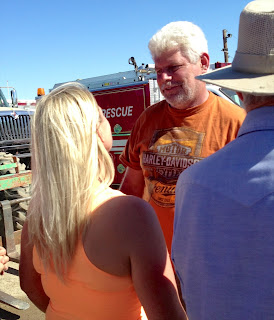 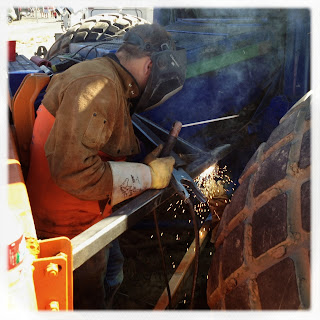 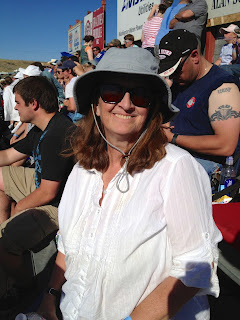 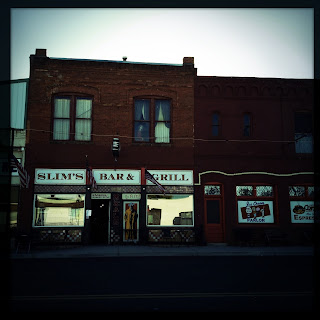 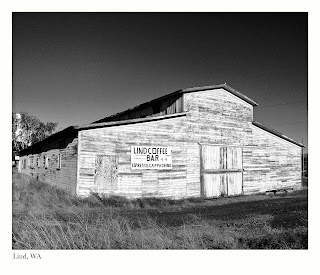 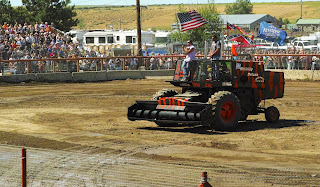 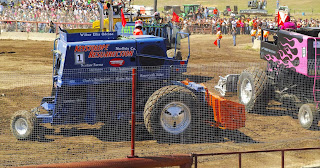 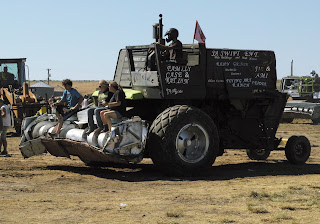 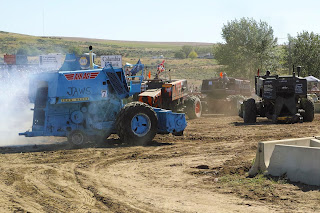 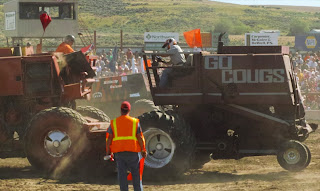 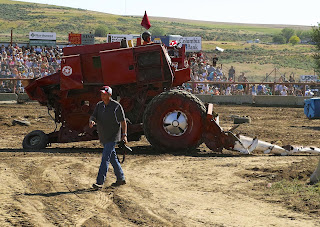 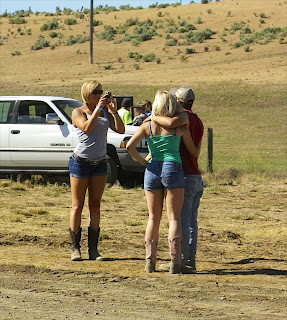 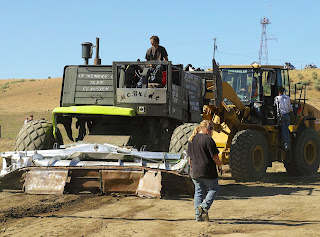 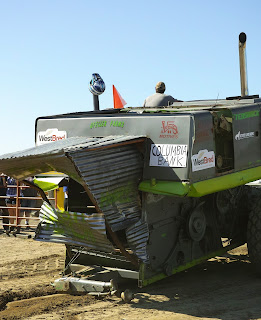 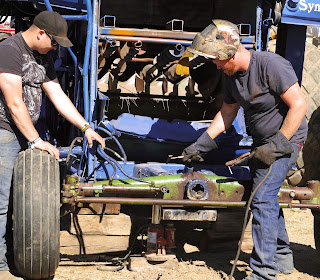 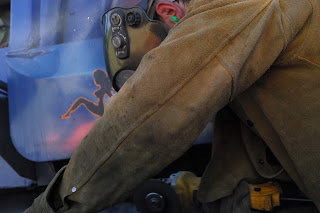 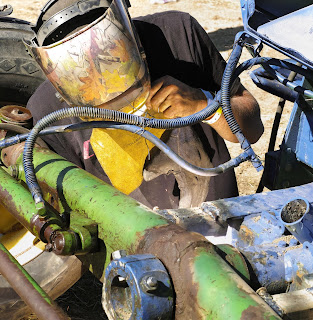 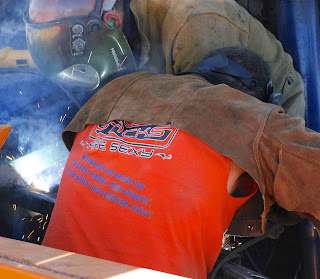 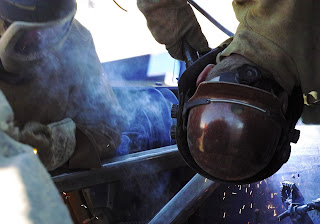 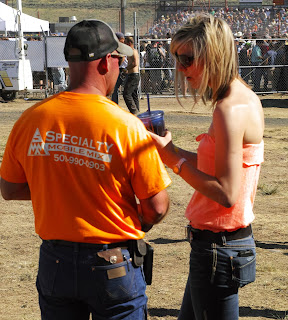 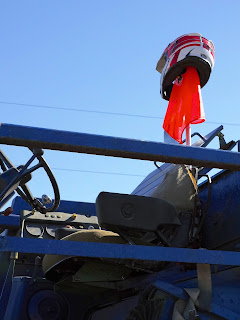 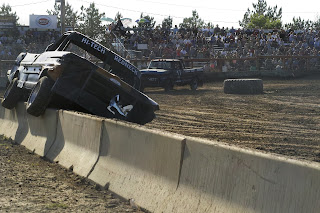 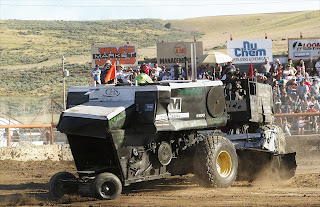 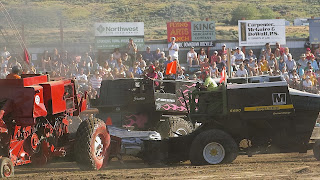 Posted by Charles Maclauchlan at 11:44 PM